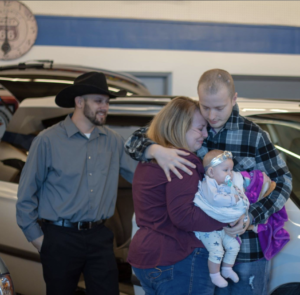 Here are the final results.

Thank you to all the families that felt led to nominate a family that was in need. We have heard from the community and we’ll have some exciting changes in place for next year and we already look forward to next years van giveaway.

We wish you all a safe and happy holiday and a Merry Christmas!

Ways to Nominate:
Please read all the rules below before entering.

WE WILL NOT BE ACCEPTING EMAIL ENTREES.
It is suggested to create a Facebook account for nomination submissions or to have a friend or family member on Facebook make the nomination for you.

General: No purchase necessary to enter or claim a prize. Void where prohibited. Must be 18 to enter.

How to qualify for the contest:

Prize Details: A van, toys & food will be awarded to a family as determined by a community vote via Facebook. Prize winners are responsible for all taxes. The prize winners will be issued an IRS form 1099. The winner is responsible for any application fees, service charges, surcharges, and all insurance, federal, state and local taxes if any, and any other unspecified expenses associated with the acceptance or use of any prize. Prizes are nontransferable. No cash redemption allowed. Arrotta’s Automax & RV’s reserve the right, in their sole and complete discretion, to substitute a prize of equal or greater value if any advertise price becomes unavailable. Arrotta’s Automax & RV’s reserves the right to change any and all rules, or other parts of this contest at any time.

Odds: Odds of winning the contest depend upon the number of entries submitted by the nominees.

Eligibility: The Arrotta’s Automax & RV’s promotion is open to families legally residing in the United States who are 18 years of age or older at the time of entry. The winner will be contacted on Facebook and must respond within 2 days of being contacted. They must also be available and attend the Reveal Party on December 21st and pick up the vehicle at that time or make prior arrangements at the discretion of Arrotta’s Automax & RV’s. Arrotta’s Automax and RV’s, employees, retirees, agents of the company, wholesalers, retailers, and immediate family living in the same household with such employees, are not eligible to win. Other Conditions: all federal, state, and local laws and regulations apply. Arrotta’s Automax and RV’s reserves the right, in its sole discretion, to cancel, terminate, modify or suspend this contest or any portion thereof, or to disqualify any individual implicit in any of the following actions, if for any reason: (a) infection by computer virus, bugs, tampering, unauthorized intervention, fraud, technical failures, or any other causes which, in Arrotta’s Automax sole opinion, corrupt or affect the administration, security, fairness, integrity or proper conduct of the contest, (b) The contest or any website associated therewith or any portion thereof become scripted or does not allow the proper processing of entries per these official rules or (c) The contest is otherwise not capable of running as planned. Participants agreed to release and hold harmless Arrotta’s Automax and RV’s, participating sponsors in each of its parent, subsidiaries, affiliates, divisions, advertising and promotional agencies, wholesalers and retailers, and each of the foregoing entries employees, officers, directors and shareholders and agents (“collectively The Released Parties”), from and against any and all claims, actions and or liability for any injuries or death, loss or damage of any kind arising from or in connection with participation in and or entry into the contest or acceptance or use of any prizes including without limitation, all prizes. The Released Parties are not responsible or liable for any incorrect or inaccurate entry information, and assume no responsibility for (i) any air, omission, interruption, defect or delay in operation or transmission at any website, (ii) failure of any entry to be received by Sponsor due to technical problems, human air or traffic congestion on the Internet or at any website, (iii) Communication line, hardware and/or software failures, (iv) damage to any computer software or hardware resulting from participation in the promotion, (v) theft or destruction of, tampering with, unauthorized access to, or alteration of entries and/or entry information, or (vi) entries that are late, lost, stolen, damaged, illegible and/or unintelligible or any combination thereof. By entering this promotion, entrance agrees to comply and be bound by these official rules. Must be present to win. Any entry who attempts to tamper with this contest in any way shall be disqualified.

Facebook Disclaimer: this promotion is in no way sponsored, endorsed, or administered by, or associated with, Facebook. You understand that you are providing information to the contest sponsor and its affiliates and not to Facebook. 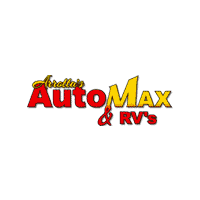